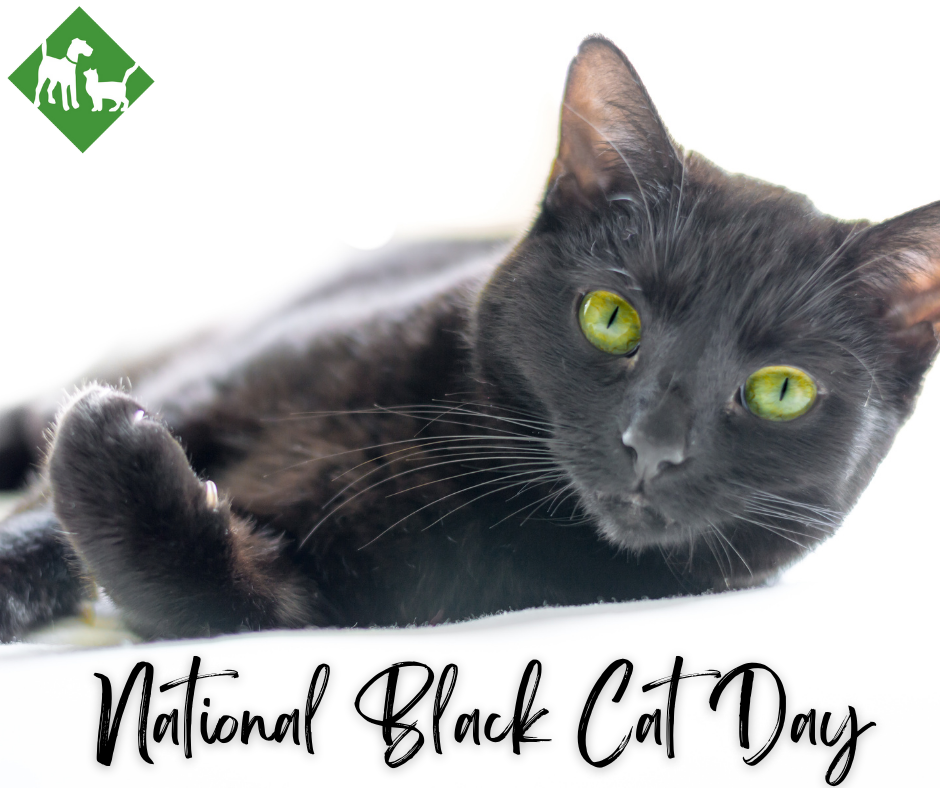 October 27th marks National Black Cat Day. Black cats need a little positive PR as their reputation as an omen of bad luck is well-known (and unearned, frankly). We would love to see your lovely black pets, please add a photo in the comments section on facebook.

In the lead-up to Halloween, National Black Cat Day provides the chance for feline fans to show off their love for the oft-maligned, but always iconic animal.

The History of black cats and Halloween

The connection between black cats and Halloween is certainly not a new one. Stories of black cats, thought to be evil spirits, being sacrificed into fires during the celebration of the Lord of the Dead on October 31 can be found about 2,000 years back in Druid circles.

In 2800 BC, ancient Egyptian cats, including the dark kind, were revered. In fact, the Egyptians worshipped a cat goddess, known as Bastet. 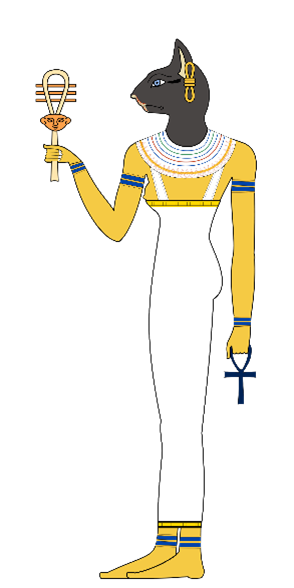 In the Middle Ages, it was a commonly held belief that witches could disguise themselves as black cats and these dark felines became associated with witchcraft. In fact, many witches in Europe were burned at the stake alongside their cat.

In some cultures, black cats are good luck.

They may have a less-than-stellar reputation in some areas of the world, but there are plenty of places where black cats aren’t bad luck at all. If you’re a single lady in Japan, owning a black cat is said to increase your number of suitors; if you’re in Germany and one crosses your path from right to left, good things are on the horizon.

Not only were cats welcome aboard British vessels to hunt mice, but sailors generally thought a black cat in particular would bring good luck and ensure a safe return home. A few of these kitties have been enshrined in maritime history, like Tiddles, who travelled more than 30,000 miles during his time with the Royal Navy (his favourite pastime was playing with the captain’s bellrope.)

There is no one black cat breed.

There are 22 different breeds that can have solid black coats – including the Norwegian Forest Cat, Japanese Bobtail, and Scottish Fold – but the Bombay breed is what most people picture: a copper-eyed, all-black shorthair. The resemblance to a “black panther” is no coincidence. In the 1950s, a woman named Nikki Horner was so enamoured with how panthers looked that she bred what we now refer to as the Bombay.

You can visit a cat café devoted to black cats.

Step through the doors of Nekobiyaka in Himeji, Japan and get ready for your wildest cat lady dreams to come true. Black cats are the stars of this café and visitors are invited to pet (but not pick up) these lithe felines. Each of Nekobiyaka’s identical-looking black cats wears a different coloured bandana to resolve any catastrophic mix-ups. 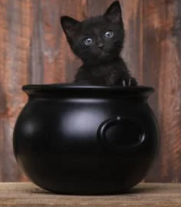 As with any story that has such a long and coloured past, many superstitions and myths about black cats still linger today. Some of the more commonly heard black cat warnings include:

Black Cat Syndrome refers to a pattern that many shelter workers and adoption volunteers have noticed over the years. Adopting black dogs and cats into new homes, no matter the time of year, is very difficult.

No one is sure exactly why black coloured pets are not as easily adopted to new families as other pets. Some theories include: 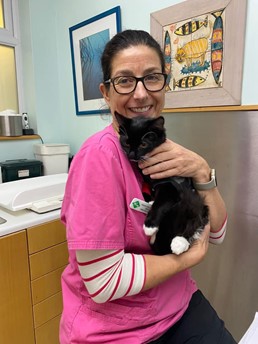 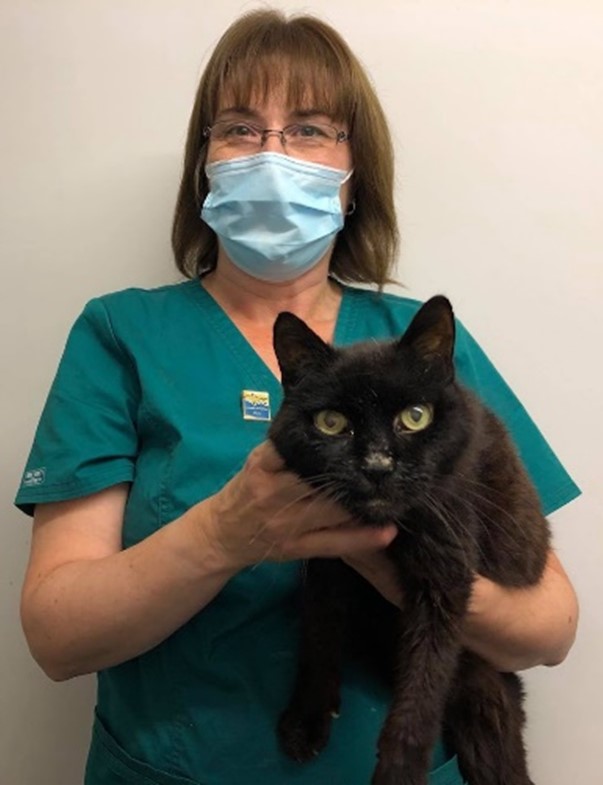 While stories of black cats being sacrificed and otherwise tortured around Halloween abound, there is no substantial evidence that animal abuse is any greater then as opposed to any other time of the year. Many people, however, do acquire black kitties for the holiday as festive accessories. Many animal shelters choose not to adopt black cats out around Halloween time to prevent irresponsible pet owners from taking one home.

This Halloween, keep your cats safe by keeping them indoors. While abduction by a Satanic worshiper is probably not likely, busy streets and increased traffic can make for a scary and dangerous place for a cat. During trick-or-treating keep your cats locked up as well, lest they slip out the door. Halloween is a scary holiday for pets and people alike!

Black cats are just a wonderful and sweet as any other cat. If you are lucky enough to own one of these fantastic felines, surely you would attest to that. Next time you are considering adding a furry family member to your home, don’t forget the dark coloured ones. A black cat might be just the thing you need after all.